How i get a full map download of the old hard mode map?

plz be patient
the world download will be available in about a week
acording to the post
Expand signature
https://i.imgur.com/IkSWeSx.png
Reactions: dkressjr 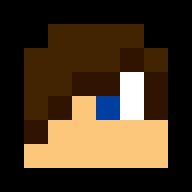 @TNT_Michael, If you want parts of the map right now, use the Server Selector Compass in the hub to connect to the old Hard SMP realm. U'll be in spectator mode, but at least you will still be able to look around. If you really want part of the world right now, you could use something like the World Downloader Mod (i don't think that violates any network rules).
Otherwise, the original post by Jake said a world download would be provided no sooner than a week after the launch of the 1.16 realm. As that happened on July 9th, the soonest we could except a full world download would be on the 16th.

Here's a download for last season's 1.12 hard survival world that was recently reset. It's zipped, but after unzipping and placing it into your .minecraft/saves folder you should be able to view it. This time around we have also included the nether and end worlds. :D...