I know, I know, we're WAY behind on our initially planned December launch for the Network, but that time has not been going to waste. In the months of Public Alpha testing, we've been building custom tools for our infrastructure running behind the scenes in order to support all of our existing game modes, and any future ones we endeavour to add (bed wars and factions anyone?).

Most of this you won't actually see as it's just fancy code running in the background, but we decided this was necessary to ensure a quality experience for our players. However, that's not to say if you played on the server in the early days, that you won't notice any changes - so let's show you guys all that we have to offer as of our Public Beta launch today.

As someone who is a big fan of the building side of Minecraft, I absolutely adore detailed, unique builds, and as a hub or lobby world is the first thing you see when you join a server, we knew that it had to be memorable. Our resident Builder Nitsan always had a special place in his heart for the withered ship build he made many years ago, and I loved the stories that you could dream up behind it. With that in mind, we commissioned the hub build around it, featuring several other custom ships, a gigantic town, docks, a cove, and so much more for you all to explore. It truly is marvellous, so I definitely recommend exploring the world a bit when you first join.

For the beta launch, we wanted to have as many game modes available as we possibly could, unfortunately, time constraints are a thing so we had to sideline a few of the intended game modes to hit our target. Don't worry, this doesn't mean we aren't going to implement them, it just means they're not quite ready yet. We currently have multiple Skyblock realms and Bed wars in the works, with hopes of adding factions and potentially UHC in the new future.

With all that in mind, the following game modes are available right now as of the beta launch.

The Survival realm is your bread and butter classic Minecraft experience. There's a rich player-driven economy based on everyone's favourite resource, diamonds, as well as a full suite of fun tools to improve the adventure like mcMMO (MMO style skills that you can level up to unlock special abilities), area claiming to prevent griefing but still allow you to play with friends (try out the golden shovel in-game), and Chest shops to help with the economy I just mentioned. We also plan on adding a PvP arena so you can flex your sword skills, as well as a mob arena where you can battle against dangerous creatures to earn some sweet loot.

When we launched the Survival realm back when I still hosted the server myself, it was immediately apparent that while the area claiming plugin we used worked pretty well, it really wasn't designed to be used to create full-on towns with multiple people, or provide proper permissions and protections for said people. The next logical step was to setup a very similar server to Survival with the same great economy, PvP and MMO skills, but with Towny - a plugin purely designed for Town style governing. It's a great step up from regular survival as it incorporates mock politics, more in-depth control of your land, and eventually a complete battle system so you can wage war on enemy Towns and Nations.

For some people, straight up vanilla Minecraft is the way they prefer to play, whether it's finding creative ways to take advantage of Vanilla mechanics for transportation or the increased difficulty - Hard Survival aims to provide such an experience. We do include an area claiming system to prevent griefing as well as a trading system to prevent scamming, but that's pretty much it!

If you're like me, building is one of your main draws to Minecraft, and for such people as well as for those who just wish to experiment, we implemented a creative plot world with WorldEdit and massive plots. You're free to use these plots however you wish, maybe you want to reconstruct your house in Minecraft, or test out a new building style before collecting resources for one of the survival servers. Either way, the only limitation is your imagination, as well as the 111x111 plot size - but that should be plenty of space, especially when you /plot merge a 2x2 of plots together into a mega plot.

Parkour has been around since the early days of Minecraft, and while its a ton of fun, many servers kind of ignore it. We hoped to change that by creating a full-on Parkour only realm, where you can challenge yourself on some of the 30 maps we've developed prior to launch, or even build your maps to have featured on the server in the Parkour Map Making World.

Looking forward to having bedwars on something other than Hypixel.

***THIS IS JUST AN IDEA AND NOT AN EVENT THAT WILL HAPPEN. STILL READ THIS THOUGH.*** or will it Yes, you read the title right. 8v8v8v8v8v8v8v8 Bedwars. However, many things would have to change about the fundamental aspects of Bedwars: Increased spawn rates of iron, gold, diamond, and emerald...

Hello everyone! Great to see it up and running

The server's already great, can't wait to see what will be added to in the final launch
R

Harry_Ozzy said:
Just wondering when the founders survival map will be downloadable?
Click to expand...

Are there plans to update the server to 1.15+?
Reactions: Rebelglitch
A

Outside of playing splitscreen Minecraft back in the day, I'm new to the multiplayer game. How do I add the server from the Win10 version of the game?

Thanks for the help.

The server is 1.12.2 Java edition. You cannot join on any other version.
Expand signature
༺Mitchka༻

Mitchka said:
The server is 1.12.2 Java edition. You cannot join on any other version.
Click to expand...

I can’t login to the server on windows 10. Help anyone?

themattmann said:
I can’t login to the server on windows 10. Help anyone?
Click to expand...

As this is a Java Edition server, it is unfortunately not compatible with Bedrock - or Windows 10 Edition. If you so wish, you can purchase Java Edition here.
Expand signature

Any updates to any of this or ETA for future updates? 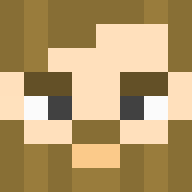 PatProductions said:
Any updates to any of this or ETA for future updates?
Click to expand...